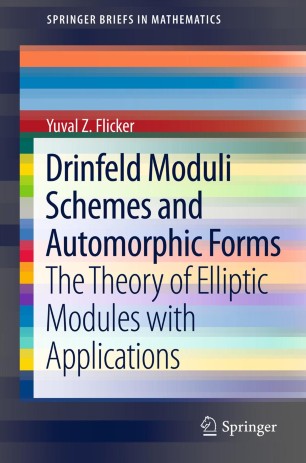 The Theory of Elliptic Modules with Applications

Drinfeld Moduli Schemes and Automorphic Forms: The Theory of Elliptic Modules with Applications is based on the author’s original work establishing the correspondence between ell-adic rank r Galois representations and automorphic representations of GL(r) over a function field, in the local case, and, in the global case, under a restriction at a single place. It develops Drinfeld’s theory of elliptic modules, their moduli schemes and covering schemes, the simple trace formula, the fixed point formula, as well as the congruence relations and a "simple" converse theorem, not yet published anywhere. This version, based on a recent course taught by the author at The Ohio State University, is updated with references to research that has extended and developed the original work. The use of the theory of elliptic modules in the present work makes it accessible to graduate students, and it will serve as a valuable resource to facilitate an entrance to this fascinating area of mathematics.