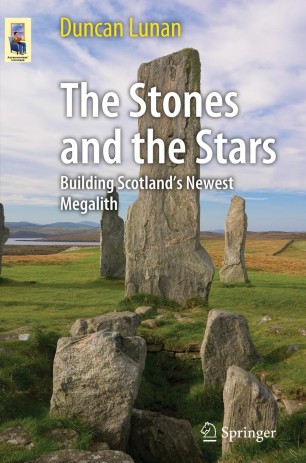 The Stones and the Stars

There are at least 48 identified prehistoric stone circles in Scotland.  In truth, very little is known about the people who erected them, and ultimately about what the stone circles were for.  Most stone circles are astronomically aligned, which has led to the modern debate over the significance of the alignments.  The megaliths certainly represented an enormous cooperative effort, would at the very least have demonstrated power and wealth, and being set away from any dwellings probably served a ceremonial, or perhaps religious, purpose.

Observations at the site of the stone circles, of solar, lunar, and stellar events, have already cast light on some of the questions about the construction and use of ancient megalithic observatories.

In his capacity as manager of the Glasgow Parks Department Astronomy Project, author Duncan Lunan designed and built in the late 1970s Sighthill, the first astronomically aligned stone circle in Britain in over 3,000 years.  The Stones and the Stars examines the case for astronomical alignments of stone circles and charts the development of a fascinating project with a strong scientific and historical flavor.  The work was documented in detail by artist and photographer Gavin Roberts, and the book contains a large selection of illustrations that bring the project vividly to life.