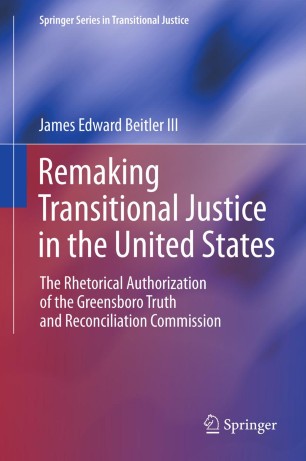 The Rhetorical Authorization of the Greensboro Truth and Reconciliation Commission

Remaking Transitional Justice in the United States explores rhetorical attempts to authorize the Greensboro Truth and Reconciliation Commission—a grassroots initiative established in Greensboro, North Carolina in 2004 to investigate a traumatic and controversial event in the city’s past.