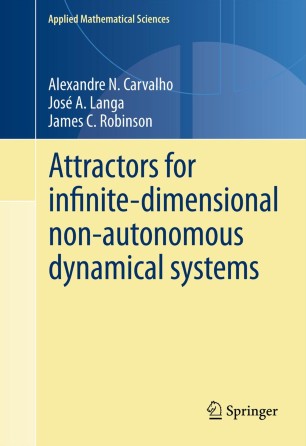 The purpose of the book is to provide a summary of the current theory, starting with basic definitions and proceeding all the way to state-of-the-art results. As such it is intended as a primer for graduate students, and a reference for more established researchers in the field.

The basic topics are existence results for pullback attractors, their continuity under perturbation, techniques for showing that their fibres are finite-dimensional, and structural results for pullback attractors for small non-autonomous perturbations of gradient systems (those with a Lyapunov function).  The structural results stem from a dynamical characterisation of autonomous gradient systems, which shows in particular that such systems are stable under perturbation.

Application of the structural results relies on the continuity of unstable manifolds under perturbation, which in turn is based on the robustness of exponential dichotomies: a self-contained development of  these topics is given in full.

After providing all the necessary theory the book treats a number of model problems in detail, demonstrating the wide applicability of the definitions and techniques introduced: these include a simple Lotka-Volterra ordinary differential equation, delay differential equations, the two-dimensional Navier-Stokes equations, general reaction-diffusion problems, a non-autonomous version of the Chafee-Infante problem, a comparison of attractors in problems with perturbations to the diffusion term, and a non-autonomous damped wave equation.