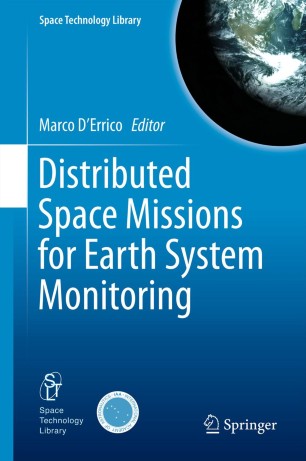 A key addition to Springer's Space Technology Library series, this edited volume features the work of dozens of authors and offers a wealth of perspectives on distributed Earth observation missions. In sum, it is an eloquent synthesis of the fullest possible range of current approaches to a fast-developing field characterized by growing membership of the 'space club' to include nations formerly regarded as part of the Third World.

The volume's four discrete sections focus on the topic's various aspects, including the key theoretical and technical issues arising from the division of payloads onto different satellites. The first is devoted to analyzing distributed synthetic aperture radars, with bi- and multi-static radars receiving separate treatment. This is followed by a full discussion of relative dynamics, guidance, navigation and control. Here, the separate topics of design; establishment, maintenance and control; and measurements are developed with relative trajectory as a reference point, while the discussion of metrology considers the differing approaches using GPS radio frequencies, and optics. The book's third section deals with the technological challenges facing distributed space missions, which includes the impacts of distributed approaches on autonomy, navigation and communications (both space-to-space and space-to-ground). The final section examines data on, and studies of, missions deploying a distributed methodology, and assesses the extent to which the latter has become normative. Here, examples include radar missions such as Tandem X, gravimetric missions including Grace, and missions such as PRISMA, whose purpose is to deploy and test new technology. With a final chapter summarizing the authors' opinions on future trends, potential and risk in distributed space missions, this new publication is the most comprehensive treatment yet compiled of the field.

Marco D'Errico received a Ph.D. in Aerospace Engineering in 1995. Since 2000 he has been associate professor of Space Systems at the Second University of Naples. He is a Corresponding Member of the International Academy of Astronautics. His fields of activity are mission analysis of Earth observation systems, formation flying, spaceborne synthetic aperture radar, and ship detection by remote sensing data.