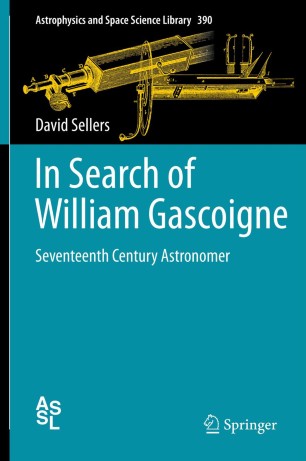 In Search of William Gascoigne

William Gascoigne (c.1612-44), the first inventor of the telescopic sight and micrometer—instruments crucial to the advance of astronomy—was killed in the English Civil War. His name is now known to historians of science around the world, but for some considerable time after his tragic death at the age of 32, it seemed as if his achievements would be consigned to oblivion. Most of his papers were lost in the maelstrom of war and the few that seemed to have survived later disappeared. This is the story of how his work was rescued. Woven into that story is an account of the state of astronomy and optics during Gascoigne’s lifetime, so that the reader can appreciate the significance of his discoveries.

A substantial appendix presents selected extracts from Gascoigne's correspondence. This includes much new material that has not been previously published and illustrates his efforts to explain the basis of his pioneering techniques to the satisfaction of his contemporaries.