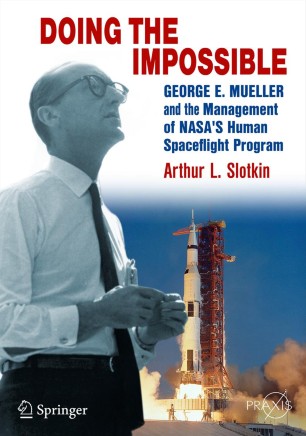 This excellent account of one of the most important personalities in early American human spaceflight history describes for the first time how George E. Mueller, the system manager of the human spaceflight program of the 1960s, applied the SPO methodology and other special considerations, resulting in the success of the Apollo Program. While Wernher von Braun and others did not really readily accept Mueller's approach to system management, they later acknowledged that without it NASA would not have landed astronauts on the Moon by 1969. While Apollo remained Mueller's top priority, from his earliest days at the agency he promoted a robust post-Apollo program, which culminated in Skylab, the Space Shuttle, and the International Space Station. As a result of these efforts, Mueller earned the sobriquet: "the father of the Space Shuttle."