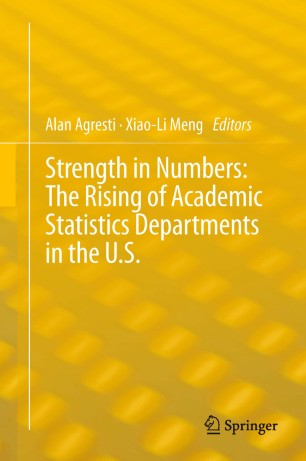 Strength in Numbers: The Rising of Academic Statistics Departments in the U. S.

Statistical science as organized in formal academic departments is relatively new.  With a few exceptions, most Statistics and Biostatistics departments have been created within the past 60 years.  This book consists of a set of memoirs, one for each department in the U.S. created by the mid-1960s. The memoirs describe key aspects of the department’s history -- its founding, its growth, key people in its development, success stories (such as major research accomplishments) and the occasional failure story, PhD graduates who have had a significant impact, its impact on statistical education, and a summary of where the department stands today and its vision for the future.  Read here all about how departments such as at Berkeley, Chicago, Harvard, and Stanford started and how they got to where they are today. The book should also be of interest to scholars in the field of disciplinary history.