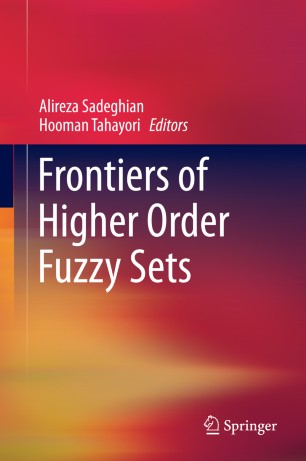 Frontiers of Higher Order Fuzzy Sets, strives to improve the theoretical aspects of general and Interval Type-2 fuzzy sets and provides a unified representation theorem for higher order fuzzy sets. Moreover, the book elaborates on the concept of gradual elements and their integration with the higher order fuzzy sets. This book also introduces new frameworks for information granulation based on general T2FSs, IT2FSs, Gradual elements, Shadowed sets and rough sets. In particular, the properties and characteristics of the new proposed frameworks are studied. Such new frameworks are shown to be more capable to be exploited in real applications. Higher order fuzzy sets that are the result of the integration of general T2FSs, IT2FSs, gradual elements, shadowed sets and rough sets will be shown to be suitable to be applied in the fields of bioinformatics, business, management, ambient intelligence, medicine, cloud computing and smart grids.