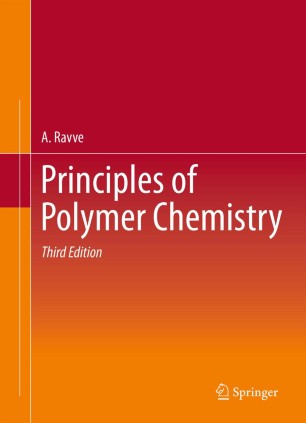 This successful textbook undergoes a change of character in the third edition.  Where earlier editions covered organic polymer chemistry, the third edition covers both physical and organic chemistry. Thus kinetics and thermodynamics of polymerization reactions are discussed.

This textbook contains review questions at the end of every chaper, references for further reading, and numerous examples of commerically important processes.

A. Ravve received his Ph.D. in Chemistry from the University of Utah in 1950, and was Post Doctoral Fellow at both the University of Michigan (1950-1951) and Iowa State University (1951-1952). He worked for 28 years with Continental Group, Incorporated, mainly as a Research Manager, and subsequently as Senior Consultant in syntheses and utilization of polymeric materials. He also taught evening courses in polymer chemistry at several institutions of higher learning in the Chicago area, from 1960-1991. Currently he does consulting in polymer chemistry.