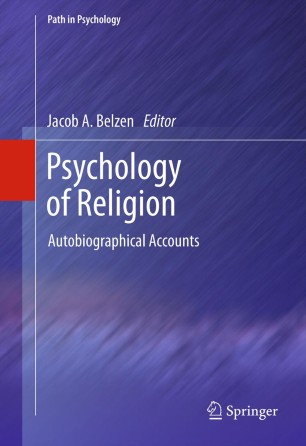 In recent years, psychology of religion has experienced a remarkable comeback: research is expanding rapidly, benefiting from a genial scientific infrastructure. An important issue in psychology over a century ago, only a few decades later it vanished almost completely. Its unexpected international reemergence since the seventies has been facilitated by the work of visionaries with the energy and stamina to revive an entire branch of psychology.

In Psychology of Religion: Autobiographical Accounts, a number of these pioneers account for their development in this area, depicting the diverse contexts of their work, the difficulties they had to deal with, and the increasing contemporary possibilities for their field. Critical about their discipline and sometimes about themselves, they offer a unique assessment of the subject and show the way to further research and development. Thought-provoking topics discussed along the way include:

Psychology of Religion: Autobiographical Accounts will appeal to readers in general psychology, religious studies, and philosophy of science. Editor Jacob A. Belzen graduated in social sciences (Utrecht, Netherlands), history (Amsterdam, Netherlands), philosophy (Leuven, Belgium) and sciences of religion (Turku, Finland). He is a full professor at the University of Amsterdam, specializing in cultural psychology of religion, while also actively involved in empirical research on the history of his field. Recipient of various international awards, he counts among Europe’s best-known psychologists of religion.