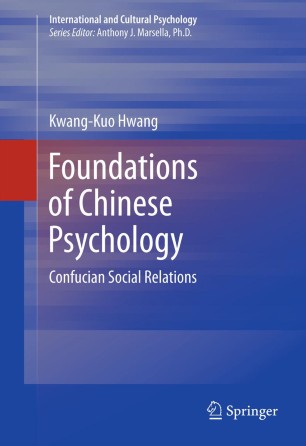 Originally, the global exporting of psychology was considered a means of bringing science and modernism to underdeveloped parts of the world. In response, indigenous psychology has emerged as an alternative to the individual-focused theories and therapies of Western cultures, as well as a critique of the idea that the tenets of Western thought apply to all nations.

The first full-length work analyzing its Confucian roots, Foundations of Chinese Psychology strips away the myths and assumptions that can impede reliable scholarship while supplying the context necessary for decoding complex, longstanding traditions of behavior. The author re-interprets the widely held idea of collectivism (which is often defined as the absence of individualism) in favor of the more descriptive relationism, using the structure of Confucian ethics as a lens for testing theories and understanding findings on Chinese social relationships. Elaborating on key concepts such as guanxi (personal connection) and face (social standing), the book offers both a specific paradigm for studying non-Western cultures and a model for indigenous psychologies worldwide. Included in the coverage:

Foundations of Chinese Psychology is a landmark volume of immediate interest to researchers, particularly members of the American Psychological Association, the Asian Association of Indigenous and Cultural Psychology, the International Academy of Intercultural Research, and similar organizations.