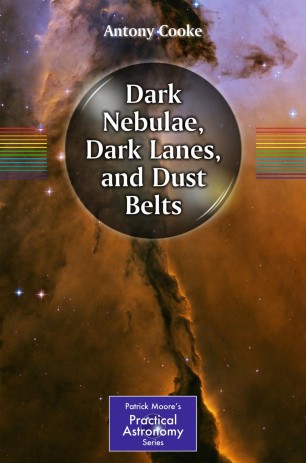 As probably the only book of its type, this work is aimed at the observer who wants to spend time with something less conventional than the usual fare. Because we usually see objects in space by means of illumination of one kind or another, it has become routine to see them only in these terms. However, part of almost everything that we see is the defining dimension of dark shading, or even the complete obscuration of entire regions in space. Thus this book is focused on everything dark in space: those dark voids in the stellar fabric that mystified astronomers of old; the dark lanes reported in many star clusters; the magical dust belts or dusty regions that have given so many galaxies their identities; the great swirling 'folds' that we associate with bright nebulae; the small dark feature detectable even in some planetary nebulae; and more.

Many observers pay scant attention to dark objects and details. Perhaps they are insufficiently aware of them or of the viewing potential they hold, but also it may be because of the various viewing challenges that dark objects pose. Discussions on viewing methods and the best equipment for a wide cross section of these objects are included, along with many detailed descriptions. The book contains virtually every dark object worth the observer's attention.

Whether viewing live through the eyepiece or indirectly through CCD or other imaging techniques, this unique compendium and discussion of all things dark in space will hopefully prove compelling and rewarding.