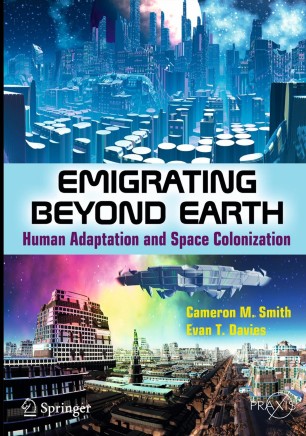 For four million years humankind has been actively expanding geographically and in doing so has adapted to a wide variety of hostile environments. Now we are looking towards the ultimate adaptation - the colonization of space. Emigrating Beyond Earth illustrates that this is not a technocratic endeavor, but a natural continuation of human evolution; a journey not just for the engineer and rocket scientist, but for everyman. Based on the most current understanding of our universe, human adaptation and evolution, the authors explain why space colonization must be planned as an adaptation to, rather than the conquest of, space.

Emigrating Beyond Earth argues that space colonization is an insurance policy for our species, and that it isn't about rockets and robots, it's about humans doing what we've been doing for four million years: finding new places and new ways to live.

Applying a unique anthropological approach, the authors outline a framework for continued human space exploration and offer a glimpse of a possible human future involving interstellar travel and settlement of worlds beyond our own.