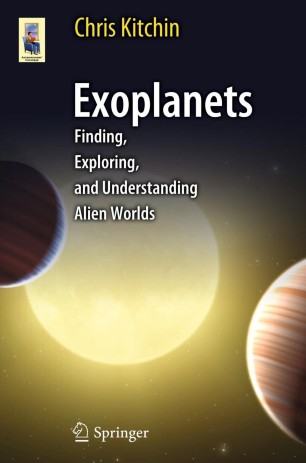 Since 1992 there has been an explosion in the discovery of planets orbiting stars other than the Sun. There are now around 600 alien planets that we know about and that number is likely to break through the 1,000 ‘barrier’ within a couple of years. The recent launch of the Kepler space telescope specifically to look for new worlds opens the prospect of hundreds, maybe thousands, of further exoplanets being found. Many of these planets orbits stars that are not too different from the Sun, but they are so close in to their stars that their surfaces could be flooded with seas of molten lead – or even molten iron. Others orbit so far from their stars that they might as well be alone in interstellar space. A planet closely similar to the Earth has yet to be detected, but that (to us) epoch-making discovery is just a matter of time.

Could these alien worlds could provide alternative homes for humankind, new supplies of mineral resources and might they might already be homes to alien life?

Exoplanets: Finding, Exploring, and Understanding Alien Worlds takes a look at these questions - examining what such planets are like, where they are, how we find them and whether we might ever be able to visit them. It is written for the non-specialist but also provides a comprehensive, accurate and balanced summary useful to researchers in the subject. Above all this book explores the excitement of how a new branch of science is born, develops and in less than two decades starts to become a mature part of our knowledge of the universe.

Chris Kitchin has written or contributed to over two dozen books, and has published more than 500 articles in the astronomical journals and magazines. He also appears regularly on television, including many appearances on BBC TV's Sky at Night. His works for Springer includes, A Photo Guide to the Constellations: A Self-Teaching Guide to Finding Your Way Around the Heavens (1997), Solar Observing Techniques (2001), Illustrated Dictionary of Practical Astronomy (2002), and most recently Galaxies in Turmoil (2007). In his 'day job' Chris is Emeritus Professor of Astronomy at the University of Hertfordshire, where until recently he was also Head of Physics and Astronomy, and Director of the University Observatory. Like many other astronomers Chris's interest in the subject started early. At the age of fourteen, he constructed an 8-inch Newtonian after spending hundreds of hours grinding and polishing the main mirror from scratch. Despite using some of the largest telescopes in the world since then, Chris still enjoys just 'gazing at the heavens' - though nowadays it's through a German-made Zeiss Maksutov telescope.

“The bulk of this is given over to a review of the detection techniques employed by astronomers, with an estimate of their effectiveness. … Kitchin writes clearly and makes the information accessible to non-experts. … this book is ideal background for low-level undergraduate courses or motivated lay persons.” (Don Pollacco, The Observatory, Vol. 132 (1229), August, 2012)