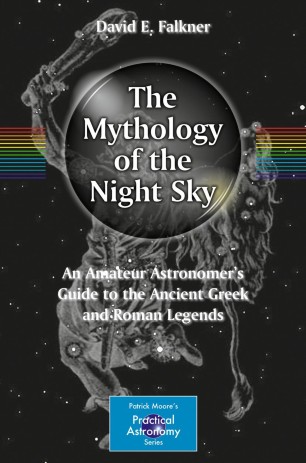 The Mythology of the Night Sky

An Amateur Astronomer's Guide to the Ancient Greek and Roman Legends

Every amateur astronomer can easily recognize most of the constellations, but how many of us know the story behind them? What myths did the Ancient Greeks weave around the mighty hunter Orion that places him so prominently in the sky? Did you know that this mythical being was said to have been killed by Diana, herself a hunter, while he was exhausted by his fight with Scorpius? The constellation of Scorpius, the giant scorpion, is dominated by the red supergiant Antares and hangs in the sky opposite Orion. Yet there is no constellation of Diana to be found!

The Mythology of the Night Sky strikes a balance between backyard astronomy and ancient mythology. Organized by seasons, this book describes Ptolemy's 48 constellations with location and description in detail, while also telling the mythological tales in full. Along with the named constellations, this title also incorporates the lore behind the christening of the planets and their satellites. Readers discover the importance of the ancient characters, why they were immortalized in the sky, how several constellations are all woven into the same story and how satellite names are related to their planets.