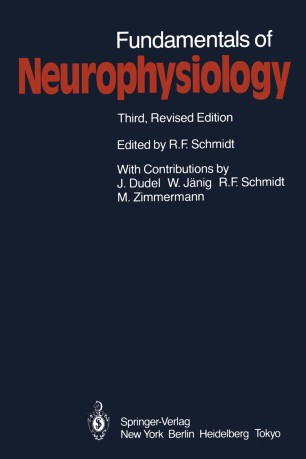 Again rapid advances in the brain sciences have made it necessary, after only a few years, to issue a revised edition of this text. All the chapters have been reviewed and brought up to date, and some have been largely rewritten. The major revision has occurred in the chap­ ters on the autonomic nervous system and the integrative functions of the central nervous system. But in the discussion of the motor systems and other subjects as well, recent insights have necessitated certain conceptual modifications. In the description of the autonomic nervous system, the role of the intestinal innervation has been brought out more clearly than before. In addition, there is a new presentation of the physiology of smooth muscle fibers, and more attention has been paid to the postsynaptic adrenergic receptors, because of the increasing therapeutic signifi­ cance of the at f3 receptor concept. A substantial section on the genital reflexes in man and woman, including the extragenital changes during copulation, has also been added. The text on the integrative functions of the central nervous system has been expanded to include, for the first time, material on brain metabolism and blood flow and their dependence on the activity of the brain. Reference is also made to recent results of research on split­ brain and aphasic patients and on memory, as well as on the physiol­ ogy of sleeping and dreaming.