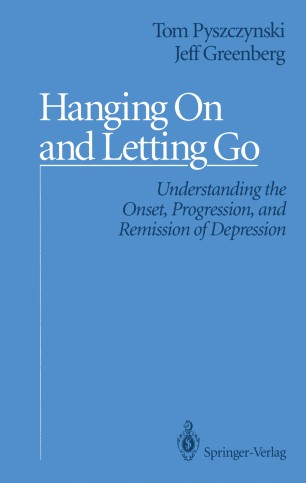 Hanging On and Letting Go

Understanding the Onset, Progression, and Remission of Depression

Hanging On and Letting Go: Understanding the Onset, Progression, and Remission of Depression presents a complementary rather than a competing theory of depression, which will interest a wide spectrum of practicing psychotherapists, researchers studying depression, and personality and social psychologists interested in the more general issues of motivation and the self. While many contemporary theories are derived from fragmentary often unsystematic assumptions about human behavior, the theory presented in this book looks at the whole human being before mapping out the various manifestations of depression, its causes, its development and its treatment. An integrated and substantial conception of self-awareness and self-regulatory processes constitutes the framework which helps to explain depression-related phenomena. The authors proceed to posit vulnerability factors that predict depression in those who experience loss, and they scrutinize spontaneous remission of depression, which occurs more frequently than researchers generally assume. This book makes an important contribution to the battle against the suffering that depression brings on.