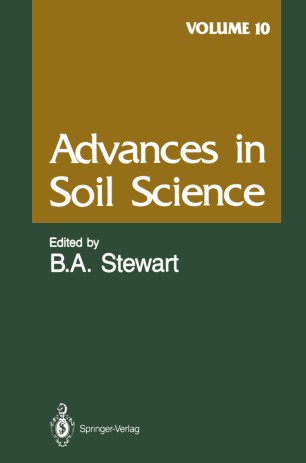 Soil is formed from physical and chemical weathering of rocks - processes described historically because they involve eons of time-by glaciation and by wind and water transport of soil materials, later deposited in deltas and loessial planes. Soil undergoes further transformations over time and provides a habitat for biological life and a base for the development of civilizations. Soil is dynamic -always changing as a result of the forces of nature and particularly by human influences. The soil has been studied as long as history has been documented. Numerous references to soil are found in historical writings such as Aristotle (384-322 B. c. ), Theophrastus (372-286 B. c. ), Cato the Elder (234-149 B. C. ) and Varro (116-27 B. c. ). Some of the earliest historical references have to do with erosional forces of wind and water. The study of soils today has taken on increased importance because a rapidly expanding population is placing demands on the soil never before experienced. This has led to an increase in land degradation and desertification. Desertifica­ tion is largely synonymous with land degradation but in an arid land context. Deterioration of soil resources is largely human induced. Poverty, ignorance, and greed are the indirect causes of desertification. The direct cause is mismanage­ ment of the land by practices such as overgrazing, tree removal, improper tillage, poorly designed and managed water distribution systems, and overexploitation.