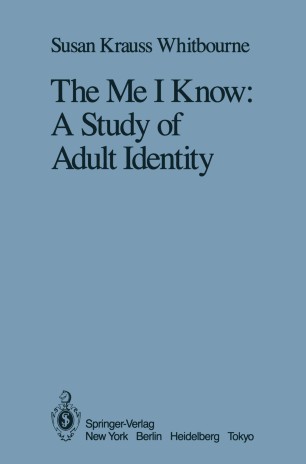 The Me I Know

A Study of Adult Identity

For the last 5 years I have been living with 94 adults. These 94 adults made up the sample of people in a study on adult development that Dale Dannefer and I began in 1980. This book represents my efforts to condense the almost 200 hours of tape-recorded material from the 94 adults into a form that captures at least some of the diversity and also some of the commonalities in their answers to the ques­ tion "Who am I?" My version of their answers is based on their reflections about themselves as family members, workers, and people with a goal in life. In arriv­ ing at the conclusion that adults attempt to see themselves as loved, competent, and good human beings, I believe that I have done justice to these people and their answers to my interview questions. Arriving at the point of being able to write about these 94 people's identities has not been an easy process. Countless attempts at numerically based rating systems were tried and discarded progressively, until finally I decided to read all the trans­ cripts in sequence, person by person rather than question by question. What I found when I approached them as total individuals was surprising to me. I found a vibrant theme of certainty and self-assuredness in their identities that flew in the face of my previous ideas about developmental change in adulthood.