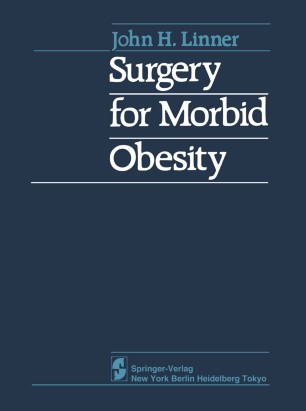 The surgical treatment of morbid obesity has undergone astonishing growth since its inception thirty years ago. The medical profession has long been aware of the discouraging intractability of morbid obesity to all forms of conservative management, and it is only recently that physicians have come to realize that surgery can provide very real palliation for the morbidly obese patient. Surgery does not attack the underlying etiology of morbid obesity, whatever it may be, but exerts its effect indirectly either by effecting a calorie loss through intestinal shunting, or by calorie deprivation through a radical reduction of gastric capacity. Acceptance of bariatric surgery as a legitimate therapeutic modality has met with considerable resistance by many physicians for two principal reasons. The first relates to the rather prevalent but unjustifiable attitude both within and without the medical profession that morbid obesity is an expression of slovenliness, the result of a character defect, or a defect of the will, and of an "easy way that those so atHicted should not be extended the benefit out," but should "shape up" by rigorous diet and exercise. The second more serious concern that has blunted enthusiasm for bariatric surgery has been the large number of late complications following jejunoileal bypass, and the high incidence of perioperative complications and revisional operations in some quarters following gastric reduction procedures. It is to these concerns that this book is addressed.