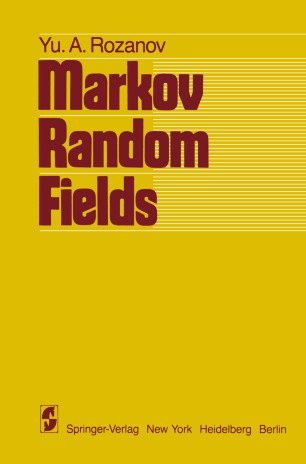 In this book we study Markov random functions of several variables. What is traditionally meant by the Markov property for a random process (a random function of one time variable) is connected to the concept of the phase state of the process and refers to the independence of the behavior of the process in the future from its behavior in the past, given knowledge of its state at the present moment. Extension to a generalized random process immediately raises nontrivial questions about the definition of a suitable" phase state," so that given the state, future behavior does not depend on past behavior. Attempts to translate the Markov property to random functions of multi-dimensional "time," where the role of "past" and "future" are taken by arbitrary complementary regions in an appro­ priate multi-dimensional time domain have, until comparatively recently, been carried out only in the framework of isolated examples. How the Markov property should be formulated for generalized random functions of several variables is the principal question in this book. We think that it has been substantially answered by recent results establishing the Markov property for a whole collection of different classes of random functions. These results are interesting for their applications as well as for the theory. In establishing them, we found it useful to introduce a general probability model which we have called a random field. In this book we investigate random fields on continuous time domains. Contents CHAPTER 1 General Facts About Probability Distributions §1.