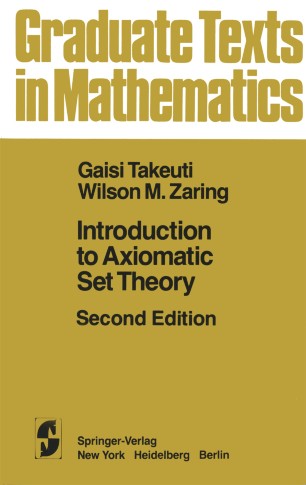 In 1963, the first author introduced a course in set theory at the University of Illinois whose main objectives were to cover Godel's work on the con­ sistency of the Axiom of Choice (AC) and the Generalized Continuum Hypothesis (GCH), and Cohen's work on the independence of the AC and the GCH. Notes taken in 1963 by the second author were taught by him in 1966, revised extensively, and are presented here as an introduction to axiomatic set theory. Texts in set theory frequently develop the subject rapidly moving from key result to key result and suppressing many details. Advocates of the fast development claim at least two advantages. First, key results are high­ lighted, and second, the student who wishes to master the subject is com­ pelled to develop the detail on his own. However, an instructor using a "fast development" text must devote much class time to assisting his students in their efforts to bridge gaps in the text.