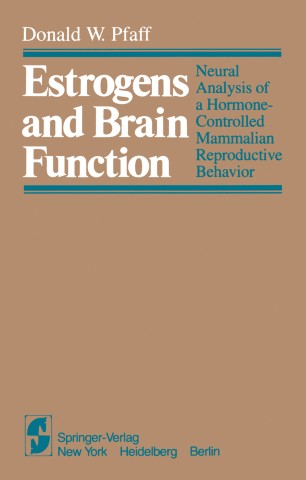 This book brings together some of the results and ideas produced by a large number of people-colleagues and students with whom I am privileged to work in the laboratory at Rockefeller University. In terms of my personal history I see it as a confluence of creative forces­ persons from whom I have learned. I was instructed in neuroanatomy by Walle J. H. Nauta at M. I. T. , and later in a course at Harvard Medical School under the direction of Richard Sidman. At Harvard Medical School, where M. I. T. graduate students were allowed to cross register, the superb neurophysiology course was under the guiding spirit of Stephen Kuffler. Later, I benefited greatly from participating in his summer course in electrophysiological techniques at Woods Hole. Eric Kandel and his colleagues have provided us with the most exciting contemporary approach to the conceptualization and study of cellular mechanisms for behavior. Here at Rockefeller, Carl Pfaffmann and Neal Miller have been leaders in every sense of the word. Not only did they provide me with opportunities to grow to scientific maturity; they also set an example of clear thinking about mechanisms for mammalian behavior patterns. I wrote this book to show how the systematic use of increasingly detailed electrophysiological, neuroanatomical, and neuroendocrine tech­ niques can explain the mechanism for a mammalian behavioral response. The behavior in question happens to be sensitive to steroid hormones and plays a central role in reproduction.