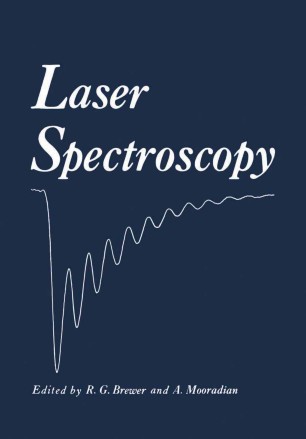 The Laser Spectroscopy Conference held at Vail, Colorado, June 25-29, 1973 was in certain ways the first meeting of its kind. Var­ ious quantum electronics conferences in the past have covered non­ linear optics, coherence theory, lasers and masers, breakdown, light scattering and so on. However, at Vail only two major themes were developed - tunable laser sources and the use of lasers in spectro­ scopic measurements, especially those involving high precision. Even so, Laser Spectroscopy covers a broad range of topics, making possible entirely new investigations and in older ones orders of magnitude improvement in resolution. The conference was interdisciplinary and international in char­ acter with scientists representing Japan, Italy, West Germany, Canada, Israel, France, England, and the United States. Of the 150 participants, the majority were physicists and electrical engineers in quantum electronics and the remainder, physical chemists and astrophysicists. We regret, because of space limitations, about 100 requests to attend had to be refused.