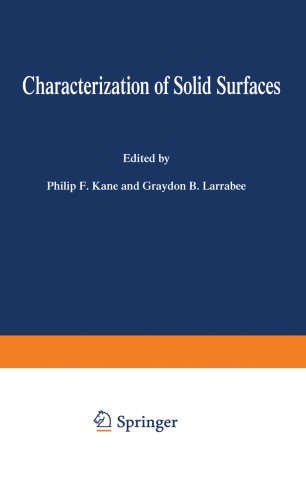 Until comparatively recently, trace analysis techniques were in general directed toward the determination of impurities in bulk materials. Methods were developed for very high relative sensitivity, and the values determined were average values. Sampling procedures were devised which eliminated the so-called sampling error. However, in the last decade or so, a number of developments have shown that, for many purposes, the distribution of defects within a material can confer important new properties on the material. Perhaps the most striking example of this is given by semiconductors; a whole new industry has emerged in barely twenty years based entirely on the controlled distribu­ tion of defects within what a few years before would have been regarded as a pure, homogeneous crystal. Other examples exist in biochemistry, metallurgy, polyiners and, of course, catalysis. In addition to this of the importance of distribution, there has also been a recognition growing awareness that physical defects are as important as chemical defects. (We are, of course, using the word defect to imply some dis­ continuity in the material, and not in any derogatory sense. ) This broadening of the field of interest led the Materials Advisory Board( I} to recommend a new definition for the discipline, "Materials Character­ ization," to encompass this wider concept of the determination of the structure and composition of materials. In characterizing a material, perhaps the most important special area of interest is the surface.