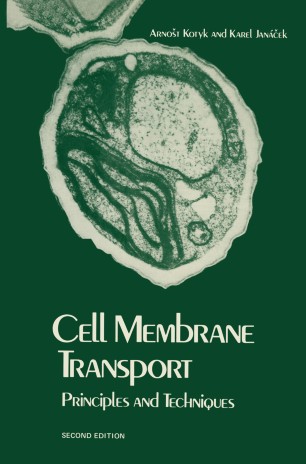 TO THE SECOND EDITION When preparing the manuscript for the original edition of this book we were only partly aware of the pace at which the field of membrane transport was developing and at which new ideas as well as new techniques would be applied to it. The fact is that some of the chapters are now outdated (e. g. , the one on the molecular aspects of transport) and many others require revision in the light of new information that has appeared in the past five years. However, it is also true that we overemphasized in the first edition certain points that now appear less important and underestimated the impact of certain others that have since assumed a position among the most forcefully discussed topics of membrane research. In making amends, it was thus thought useful to include the discussion of these latter problems both in the theoretical and in the comparative sections and, on the other hand, to omit some of the less topical subjects. There was a different reason for rewriting the section on kidney and for dropping the section on mito­ chondria. The help of an expert nephrologist was enlisted for improving chapter 24, while it was decided that mitochondria represent a special field both conceptually (being only subcellular particles) and methodologically (more indirect estimation techniques being involved than with whole cells or tissues) and that more adequate information can be found in treatises specializing in work with mitochondria.