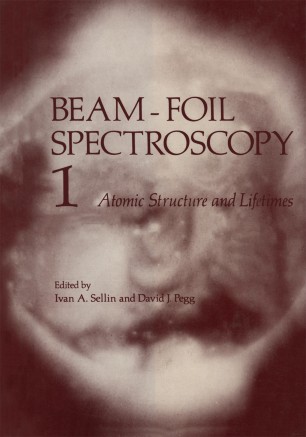 The appreciable evolution of the nearly teenaged branch of atomic and molecular physics called beam foil spectroscopy is clearly depicted in the present volumes, which are devoted to publication of presentations at the Fourth International Conference on Beam Foil Spectroscopy and Heavy Ion Atomic Physics Symposium. The transition from childhood to adolescence parallels human experience in that diffusion of interests and interactions beyond the confines of the original family has most certainly occurred. The pre-occupation with techniques and their develop­ ment has been largely replaced by interest in the physics of the widest possible array of atomic and molecular physics experiments, in which spectroscopic study (visible, UV, XUV, X-ray, electron) of collisional interactions of fast beams is the unifying theme. The description "accelerator-based atomic physics" is perhaps more representative of the subject today than is the original, beam-foil spectroscopy," since so many experiments have nothing to do with foils, and furthermore, employ spectroscopy mainly as an incidental tool. What, then distinguishes beam-foil spectro­ scopy from overlapping fields of atomic collisions physics? In an era where the boundaries are becoming ever more diffuse, there can be no clear definition. A good functional definition was recently conceived by Peter Erman, under the salubrious stimulus of a large Tennessee bourbon: it is the tribal experience of the community of scientists who have banded together to develop the discipline over the past dozen years, as shared at the triennial conferences devoted to it.