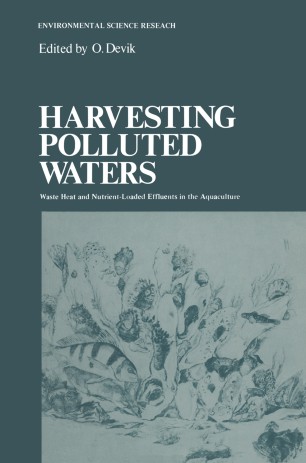 Waste Heat and Nutrient-Loaded Effluents in the Aquaculture

Waste heat from thermal power generation and waste minerals from domestic sewage are polluting rivers and coastal waters. It would thus be an important step forward if these pollutants could be made productive in aquaculture. The proposal to call a meeting of experts on Waste Heat and Nutrient-Loaded Efflu­ ents in Aquaculture came from Dr. Ole Devik. His proposal was accepted and sponsored by the Special Program Panel on Eco-Sciences, a subsidiary body of the NATO Science Committee. NATO has extensive programs in the scientific and environmental fields, and I would like to take this opportunity to give you a short outline of these programs. Collaboration and consultation between member countries of the Alliance have been of major concern to the North Atlantic Treaty Organization ever since it was established. In the mid-fifties a serious attempt was made to imple­ ment the collaboration in nonmilitary fields, and a report* from a committee of foreign ministers-Lester B. Pearson (Canada), Gaetano Martino (Italy), and Halvard Lange (Norway)-named scientific and technological cooperation as especially important. As a consequence of this report, a position as science adviser to the secretary-general of NATO (later changed to Assistant Secretary­ General for Scientific and Environmental Affairs) and a science committee composed of one highly qualified scientist from each of the member countries of the Alliance was established in 1958.