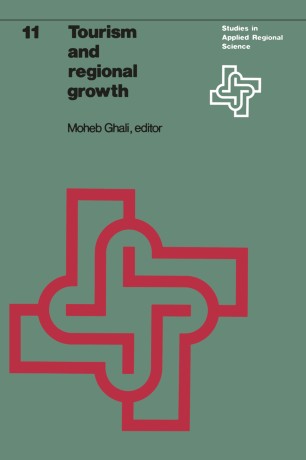 An empirical study of the alternative growth paths for Hawaii

The purpose of this study is to analyze the alternative growth paths open to a region under various policies designed to control the growth oftour­ ism. This is motivated by the current interest of decision-makers in con­ trolling the growth of tourism. Such interest and any policies which emanate from it may prove detrimental unless a thorough understanding of the consequences of these policies are the foundation upon which the decisions are made. The study consists of four parts, each is written by an author or a group of authors. Thus, while the logical sequence of the parts and the feedbacks among them unify the study, the methodology adopted in each is different, reflecting the diversity and dexterity of forecasting techniques in econo­ mics. This variety of techniques is desirable in itself as it exposes the reader to some of the alternative approaches. In chapter 1, the theory of regional growth, and in particular the dis­ tinction between the supply-based and the demand-based models, is dis­ cussed. The role played by natural resource constraints is shown to be absent from both types of models, and it is argued that this role can be investigated by considering the alternative growth paths available to the region through variations in the rate oftuilization of the resource. To ac­ complish that, however, a model of regional growth is needed. The empiri­ cal evidence provided favour a demand-type model. A model of this type is developed and utilized in succeeding parts of the study.