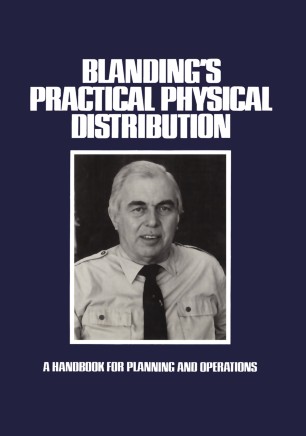 A Handbook for Planning and Operations

The idea for this Handbook dates back more than a dozen years, to the time when I was commissioned by The Mason and Dixon Lines to develop a handbook that would be useful both to their own people and to their shippers in understanding and applying the basic principles of the then-emerging management science of physical distribution management. Then as now, there were several excellent textbooks in the field. But they were written primarily for classroom use, for persons who would be entering careers in the field at a later date. And there was virtually nothing for the working manager or manager-to-be. Thus we saw the need for a hands-on, practically-oriented guide to physical distribution management, written mainly in non-academic language and supplement­ ing rather than duplicating the excellent existing coverage of inventory theory, queueing and,other textbook subjects. Bear in mind that the times were quite different, back then. The Na­ tional Council of Physical Distribution Management (NCPDM) had been in existence barely two years, and had fewer than 200 members. Indeed, there were probably not 100 persons in the country who had the title "Distribution Manager" after their names. Today, of course, the NCPDM has over 2,000 members and the distribution manager title is widely used and recognized. In fact, many who hold the title today were recipients of the original Mason and Dixon materials back then, and quite often car­ ried the time-honored title of "Traffic Manager.