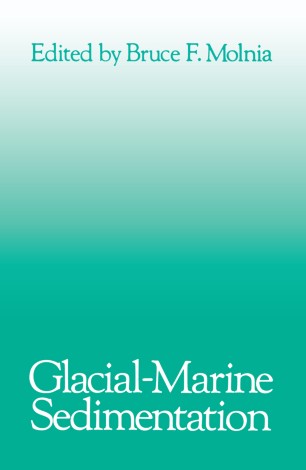 This volume of 18 papers describes the glacial-marine sedimentary environment in a variety of temporal and spatial settings. The volume's primary emphasis is the characteri­ zation of Quaternary glacial-marine sedimentation to show (1) the significant differences that exist between glacial­ marine environments in different geographic settings and (2) their resulting glacial-marine deposits and facies. Addi­ tionally, papers describing ancient glacial-marine environ­ ments are also presented to illustrate lithified analogs of the Quaternary deposits. With the Doctrine of Uniformitarianism in mind (the present is the key to the past), it is hoped that this volume will serve to expand the horizons of geologists working on the rock record, especially those whose primary criteria for recognition of ancient glacial-marine environments is the presence of dropstones in a finer-grained matrix. As the papers presented here show, diamictite is only one of many types of deposits that form in the glacial-marine sedimentary environment. Papers presented in this volume examine the Quaternary glacia1-marine sedimentary picture in subarctic Alaska, Antarctica, the Arctic Ocean, the Kane Basin, Baffin Island, the Puget-Fraser Lowland of Washington and British Columbia, and the North Atlantic Ocean. Ancient glacia1-marine depos­ its described are the Neogene Yakataga Formation of southern Alaska, the Late Paleozoic Dwyka Formation of the Karoo Basin of South Africa, and the Precambrian Mineral Fork Formation of Utah. For continuity, a paper summar1z1ng the temporal and spatial occurrences of glacial-marine deposits is also presented.