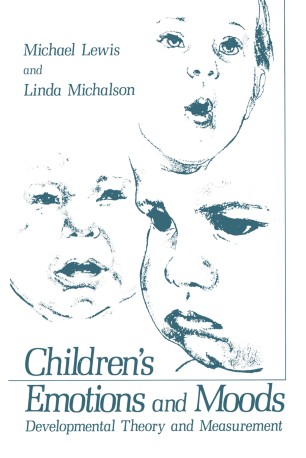 No one would deny the proposition that in order to understand human behavior and development, one must understand "feelings. " The in­ tere st in emotions is enduring. Yet, within the discipline of psychology, the study of feelings and emotions has been somewhat less than re­ spectable, a stepchild to the fields of cognitive science and psycho­ linguistics. PerusaI of the language acquisition literature reveals a greater concem among psychologists for the acquisition of prepositions than for terms that convey feelings. Without question, issues related to emo­ tion, its development, and its measurement have been neglected in the research literature until quite recently. From a developmental perspective, Piaget and his followers have articulated a complex theory of transition and change in intellectual behavior. Nearly a century ago, Freud proposed an elaborate theory of personality development in which some aspects of emotional growth were considered. We await the construction of a comprehensive theory of emotional development. Recognizing such a need, we set out over a decade ago to solve what seemed to be a relatively simple problem: By observing young children, could one successfully classify children in terms of individual differences on emotional dimensions such as happiness, fear, and anger? The task appeared easy. One could send graduate students into a preschool and ask them to observe children for several days, after which th ey would rank the children in terms of differences on various emo­ tional dimensions.