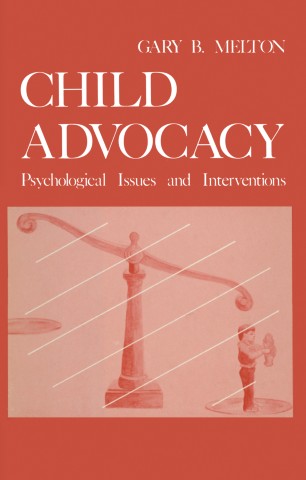 The details of the history of child advocacy have been vividly described in an article by Takanishi (1978). In reviewing her work and that of others, four historical phases in child advocacy can be identified: 1. The first period was the evolution of the concept of childhood as a distinct and separate developmental stage. Aries (1962) has described how the concept of childhood as a period different from adulthood did not evolve philosophically until the sixteenth century. It was only after that time, through the influence of Rousseau and other philosophers, that childhood was seen, at first romantically, and later more realistically, as a special time for growth and learning, with unique styles and mechanisms. 2. It was not until the nineteenth century, however, with the rapid rise that a formal effort was made to of science and major socioeconomic changes identify and try to meet children's needs. A number of organizations specifi­ cally devoted to children arose and attempts to help children in ways consis­ tent with the developing knowledge became a major social issue. Initially, the interest was in children's health with infant mortality, child labor, and safety as paramount issues. Although socioeconomic factors initiated the change (children's labor was no longer economically necessary), a basic humanistic philosophy underlay this phase. Major dedication to alleviating the pain and injury done to children who were helpless to defend themselves and who were being deprived of opportunities for growth became the goal.