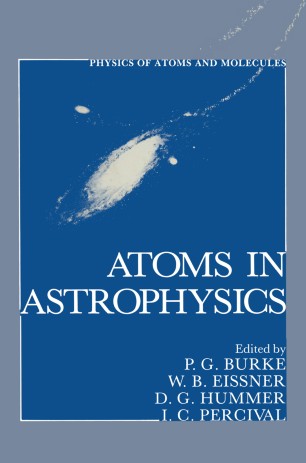 It is hard to appreciate but nevertheless true that Michael John Seaton, known internationally for the enthusiasm and skill with which he pursues his research in atomic physics and astrophysics, will be sixty years old on the 16th of January 1983. To mark this occasion some of his colleagues and former students have prepared this volume. It contains articles that de­ scribe some of the topics that have attracted his attention since he first started his research work at University College London so many years ago. Seaton's association with University College London has now stretched over a period of some 37 years, first as an undergraduate student, then as a research student, and then, successively, as Assistant Lecturer, Lecturer, Reader, and Professor. Seaton arrived at University College London in 1946 to become an undergraduate in the Physics Department, having just left the Royal Air Force in which he had served as a navigator in the Pathfinder Force of Bomber Command. There are a number of stories of how his skill with instruments and the precision of his calcula­ tions, later to be so evident in his research, saved his crew from enemy action, and on one occasion, on a flight through the Alps, from a collision with Mount Blanc that at the time was shrouded in clouds.