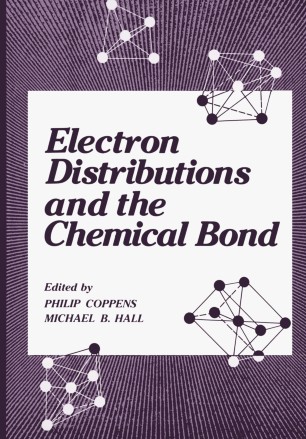 Electron Distributions and the Chemical Bond

This book represents the proceedings of a symposium held at the Spring 1981 ACS meeting in Atlanta. The symposium brought together Theoretical Chemists, Solid State Physicists, Experimen­ tal Chemists and Crystallographers. One of its major aims was to increase interaction between these diverse groups which often use very different languages to describe similar concepts. The devel­ opment of a common language, or at least the acquisition of a multilingual capability, is a necessity if the field is to prosper. Much depends in this field on the interplay between theory and experiment. Accordingly this volume begins with two introduc­ tory chapters, one theoretical and the other experimental, which contain much of the background material needed for a through under­ standing of the field. The remaining sections describe a wide variety of applications and illustrate, we believe, the central role of charge densities in the understanding of chemical bonding. We are most indebted to the Divisions of Inorganic and Phy­ sical Chemistry of the American Chemical Society, which provided the stimulus for the symposium and gave generous financial support. We also gratefully acknowledge financial support from the Special Educational Opportunities Program of the Petroleum Research Fund administered by the American Chemical Society, which made exten­ sive participation by speakers from abroad possible.