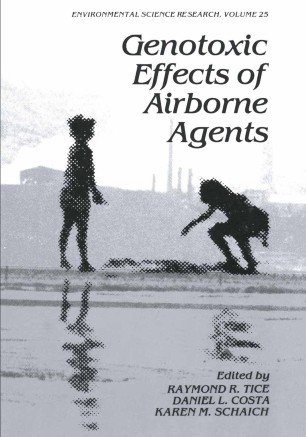 For at least 40 years there has been a great interest in the problems created by infectious airborne agents and other toxic sub­ stances transported through the air. During the Second World War, this problem grew out of the very high incidence of upper respira­ tory infections appearing in new military recruits who were brought together in very large, open quarters. As a result, very interest­ ing methods were developed to measure these airborne agents, espe­ cially bacteria, and some important methods were refined for their control. These methods primarily concentrated on ultraviolet radia­ tion, propylene glycol and other means to reduce the dust in an en­ vironment. Because of the specialized circumstances at that time the whole consideration of airborne particles became prominent. Now, with the new strides in the recognition of mutagenic and carcinogenic effects attributed to exposure to airborne chemicals from today's technology, the problem has again become quite promi­ nent. The development of experimental chambers has made it possible to conduct studies under carefully controlled conditions.