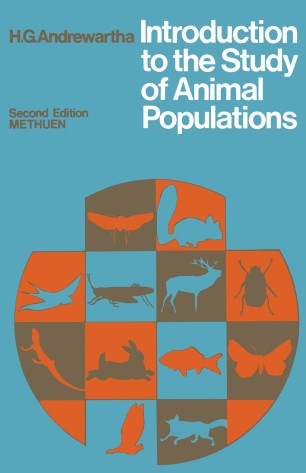 Introduction to the Study of Animal Populations

In revising this book I have tried to bring the theory of environment up to date in the light of certain important criticisms that have appeared since 1961, especially in papers by T. O. Browning and D. A. Maelzer, and in the light of experience gained while using the book as a text for an undergraduate course in population ecology in the University of Adelaide. As a consequence the order in which the argument is pre­ sented has been altered. Some new material has been introduced to expand the discussion of certain topics, especially resources, pathogens, aggressors and territorial behaviour. But the general approach to the subject and the general theory remains very much the same as in the first edition. I am grateful to Professor F. Fenner and Dr F. N. Ratcliffe and to Cambridge University Press for permission to reproduce Fig. 5.04; to Professor D. O. Chitty and the Ecological Society of Australia for permission to reproduce Fig. 5.05 (with minor modifications); Fig. 3.03 has been modified from a figure in a paper by H. G. Andrewartha and T. O. Browning first published in the Journal of Experimental Biology. Adelaide, 1970 H. G. A. xi Preface to the First Edition My interest in animal ecology was first aroused by reading Elton's Animal Ecology. His definition of the scope of ecology which I quote in section 1.0 is still the best that I have met.