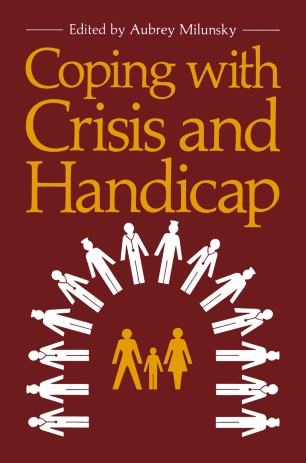 Coping with Crisis and Handicap

For over 20 years I have accepted the challenge and had the privilege of caring for sick children, agonizing with their parents during periods of serious illness, which were sometimes fatal. Because of my particular interest in and concern about birth defects and genetic disease, many of these children had severe disabling handicaps, which were often genetic and included mental retardation. Hence care of these children and their families was often complicated by the presence of serious or profound genetic defects. The initial realization of the nature of the disorder invariably led to emotional . difficulties and inevitably later spawned chronic distress. For some children inexorable deterioration led to untimely deaths, while the parents agonized over their handi­ capped, chronically ill, or defective-but nevertheless loved---