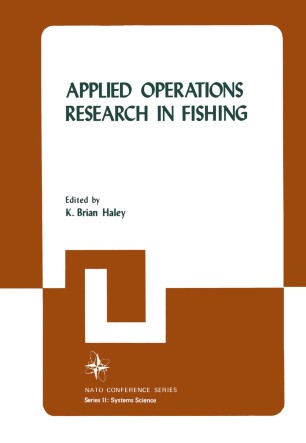 Arnold Hansen Director Marine Technology Centre Trondheim Norway Norwegian fisheries are presently facing serious problems, but also some promising challenges. Most important is the fact that nearly all the major fish­ stocks have been over-exploited, either by an overall too large fishing effort or a too large effort on wrong year-classes, resulting in stock-sizes reduced well below an economically optimum level or even nearly depleted. The atlanto-scandic herrings, for instance, has been below an exploitable level for several years. The recommended total allowable catch of Norwegian-Arctic cod for 1980 is 390,000 tons compared to more than 800,000 tons a few years ago. The Norwegian industrial fisheries are today mainly based on capelin. The Soviet Union has successfully claimed an increased share of this resource, resulting in an accordingly reduced catch quota for the Norwegian purse seining fleet. As a result of this resource situation the excess catching and processing capacity is great. Maintaining this excess capacity means high production costs. Both short term and long term planning for a better capacity adoption to the resources are necessary, as are means of policy to obtain this goal. (In other words fishery management is a neces­ sity. ) Generally speaking the fishing industry is energy intensive. Fuel prices have increased dramatically the last year. Further increases may be expected as we gradually change from the present politically based situation of a non-realized excess crude oil production capacity into a real shortage of oil fuels.