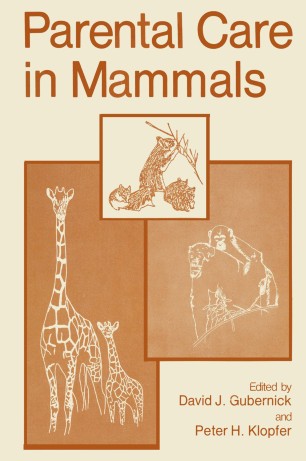 The editors of this volume have honored me by their invitation to write its Fore­ word, an invitation extended because of my editing a book on the maternal behav­ ior of mammals in 1963. Much as I would like to think that I had opened a new area of study-and so played some part in the appearance of this fine new collec­ tion of chapters-the facts are quite otherwise. That in 1963 I could assemble the efforts of many distinguished investigators shows that the topic had already engaged their attention, and had for some years past. But even then, the topic had origins extending much farther into the past, to mention only Wiesner and Sheard's book Maternal Behavior in the Rat of 1933. Nevertheless, in 1963 it seemed to me that the study of maternal care in mammals had lagged behind the study of other kinds of social behavior. The present volume does much to establish parental care of the young as a topic central to an understanding of the relation between ontogeny and phylogeny, to the development of the young, to the social organization of the species, and to its preservation. It may now be seen not only as interesting but as a most signifi­ cant pattern of behavior among mammals.