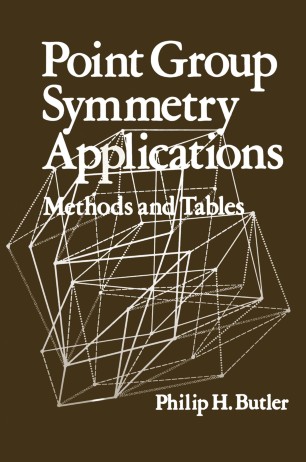 The mathematical apparatus of group theory is a means of exploring and exploiting physical and algebraic structure in physical and chemical prob­ lems. The existence of structure in the physical processes leads to structure in the solutions. For group theory to be useful this structure need not be an exact symmetry, although as examples of exact symmetries we have that the identity of electrons leads to permutation symmetries in many-electron wave functions, the spatial structure of crystals leads to the Bloch theory of crystal eigenfunctions, and the rotational invariance of the hydrogenic Hamiltonian leads to its factorization into angular and radial parts. In the 1930's Wigner extended what is known to mathematicians as the theory of group representations and the theory of group algebras to study the coupling coefficients of angular momentum, relating various properties of the coefficients to the properties of the abstract group of rotations in 3-space. In 1949 Racah, in a paper on rare earth spectra, showed that similar coefficients occur in other situations. Immediately a number of studies of the coefficients were begun, notably by Jahn, with his applications in nuclear physics. In the years since then a large number of physicists and chemists have added to the development of a general theory of the coefficients, or have produced specialized tables for a specific application. Applications now range from high-energy physics to biology.