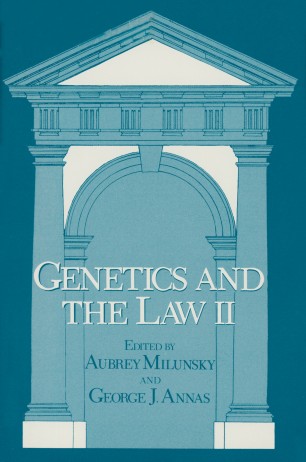 Genetics and the Law II

The law is a mandate and a mirror; it both commands and reflects. It should not come as a shock that scientists and physicians often prefer the mirror at times when society seems to be demanding a mandate. This may be especially true in the rapidly advancing field of medical genetics, where recent discoveries leading to potentially startling applications have raised old questions of law in a new light. Nevertheless, we believe that in general the conflict between the law and science, as illustrated in the field of genetics, is embroi­ dered with exaggeration. The Chief Justice of the United States Supreme Court, Warren Burger, has noted that "the prime function of the law is to protect basic human values--individual human values--sometimes even at the expense of scientific progress"; and that "it is not the function of the law to keep pace with science." While both of these statements are true as far as they go, we believe the law must make an affirmative effort to anticipate scientific developments so that those beneficial to society can be nurtured rather than stultified. It was to nurture cooperation and understanding that we brought together a distinguished faculty of internationally known experts on law and genetics to discuss their fields in 1975.