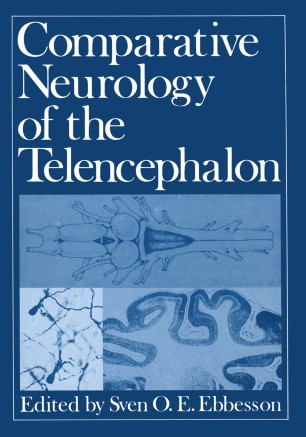 Comparative Neurology of the Telencephalon

When a young graduate student sat before Percival Bailey in 1960 and spoke of his longstanding interest in zoology and his recent interest in the nervous system, he asked the then Director of the Illinois Neuropsychiatric Institute if there was support in the scientific establishment for research in evolutionary comparative neurology. Bailey patted his abdomen with both hands and thought for a moment. Finally he said: "Young man, there is no place for people like you." The graduate student was crestfallen. To a large extent what Bailey said is still true. The greater part of research in neurobiology is directed toward answering a single broad question. How do brains in general, and the human brain in particular, work? This is a legitimate and important question. It is not, however, the only question worth answering. This overweening emphasis on function, especially in regard to the human nervous is a result of the origins of neurology in the clinic. The professional school, system, site of most such research, has been remarkably well-insulated from many of the major concerns of biology.