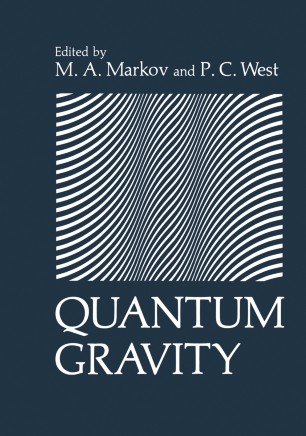 Three years have passed after the First Moscow Seminar on Quantum Gravity. It is a rather long time interval for the modern theoretical physics. The talks given at the present Second Seminar which took place in October 13-15, 1981 in Moscow contain the discussion of new results obtained during this period and the problems which arose. More than one hundred Soviet scientists and a number of the foreign guests attended this Seminar, which as the previous one was held by the Nuclear Physics Department of the Academy of Sciences of the USSR and the Institute for Nuclear Research of the Academy of Sciences of the USSR. The aim of the Seminar was to discuss the most important problems of the modern Quantum Gravity, namely: i) Quantum Gravity: the state of art; ii) Quantum effects in Cosmology; iii) Quantum black-hole physics; iv) the recent development in Supergravity and v) Quantum Gauge Theories. The Editorial Board expresses its sincere gratitude to all physicists who have contributed to these Proceedings for their cooperation with the Board in respect of time limitation, accurate and patient fulfilment of all tiresome requirements, set by the Board. The talks in the Proceedings are arranged in sections in accordance with their presentation at the Seminar.