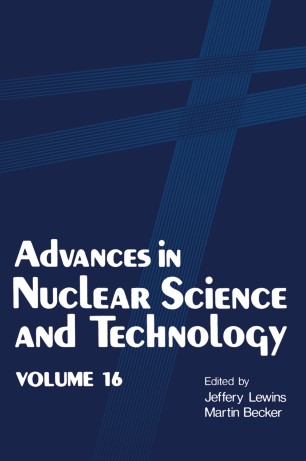 Part of the Advances in Nuclear Science and Technology book series (ANST, volume 16)

John Maynard Keynes is credited with the aphorism that the long-term view in economics must be taken in the light that "in the long-term we are aU dead". It is not in any spirit of gloom however that we invite our readers of the sixteenth volume in the review series, Advances in Nuclear Science and Technology, to take a long view. The two principal roles of nuclear energy lie in the military sphere - not addressed as such in this serie- in the sphere of the centralised production of power, and chiefly electricity generation. The immediate need for this latter has receded in the current era of restricted economies, vanishing growth rates and occasional surpluses of oil on the spot markets of the world. Nuclear energy has its most important role as an insurance against the hard times to come. But will the demand come at a time when the current reactors with their heavy use of natural uranium feed stocks are to be used or in an era where other aspects of the fuel supply must be exploited? The time scale is sufficiently uncertain and the duration of the demand so unascertainable that a sensible forward policy must anticipate that by the time the major demand comes, the reasonably available natural uranium may have been largely consumed in the poor convertors of the current thermal fission programme.