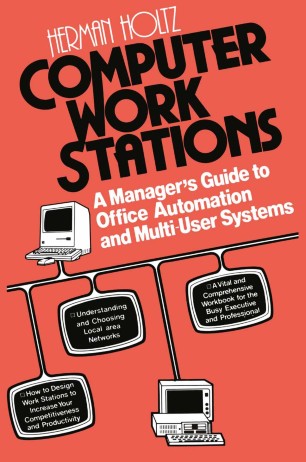 A Manager’s Guide to Office Automation and Multi-User Systems

Most of us do not realize that we are living in revolutionary times. To a large degree, we are in a time of massive economic and industrial change, and perhaps history will one day record this era as the Second Industrial Revolution. Certainly we have been made aware of the decline of "smoke­ stack industries" and of the rapid rise of what might be called the "infor­ mation industries" in the United States and, presumably, in most of the western world. Several best-selling authors have assured us that we must change or perish, and a great many industrialists appear to agree. Ironically, we have also been all but promised a return to a modern form of that very cottage industry economy that the first Industrial Revolution wiped out: Some of our leading savants envision individuals working at home on desktop computers, connected via hardwire (telephone) to an employer's large, central computer. Will this come to pass? Perhaps; the industrial/economic indicators appear to point in that direction, although there are the problems of numerous laws and regulations -labor laws and OSHA laws, to name only two areas, and ignoring for the moment the reaction of our labor unions - that would be most difficult to reconcile with such an arrangement. In a sense, it is the computer that has brought about this condition.