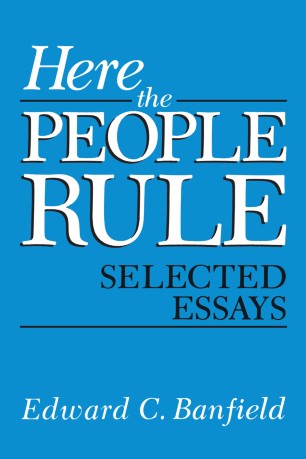 Most of the essays in this volume have appeared in scholarly journals or in books edited by others. A few are published here for the first time. None has been taken from one of my books. A would-be reader would have to go to much trouble to find them; that is the reason for bringing them together. Collections of essays are frequently miscellanies. This one is not. Except for the final two chapters, all deal with some aspect of the American political system. Some have to do with the structure and functioning of the federal system, others with the nature of publi(}-and incidentally other-organization, and still others with the causes and supposed cures of the social problems that government is nowadays expected to solve or cope with. The two final chapters are about the relationship between economics and political science; for lack of a better term they may be methodological.