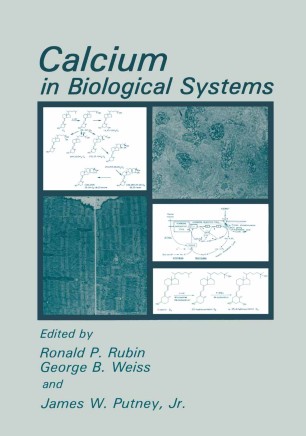 This volume is based in part upon the proceedings of the Calcium Theme held during the 67th Annual Meeting of the Federation of American Societies for Experimental Biology, which took place in Chicago, AprillO-lS, 1983. The American Society for Pharmacology and Experimental Therapeutics had the primary responsibility for organizing the scientific program with the assistance of other member societies, including the American Physiology Society, American Association of Pathologists, and American Institute of Nutrition. The purpose of the Calcium Theme was to review progress in the diverse areas of investigation bearing on the ubiquitous role of calcium in biological systems. In addition to contributions from those participating in the Theme, this volume also includes a number of invited papers that were added to fill certain voids in topics covered. The authors were selected because they are investigators active in the mainstream of their particular research area, possessing the acumen to analyze cogently not only their own recent findings but also to relate these findings to their respective area. New information as well as reviews of current concepts generally highlight the individual contributions. Undoubtedly, some readers may argue with the emphasis made and/or the conclusions reached on individual topics. In such cases, other volumes will hopefully provide a forum for alternative points of view. Due to the broad scope of subjects covered and the large number of contributions, the papers have been arranged in three sections.