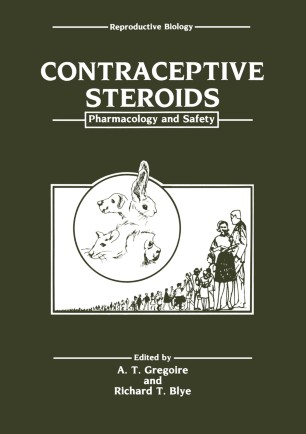 One of the United States Food and Drug Administration's most difficult tasks is the assessment of risk-benefit ratios for a broad spectrum of therapeutic and prophylactic drugs. Furthermore, it is now widely recog­ nized that no drug, chemical or even natural substance is completely devoid of risk. Nowhere has this issue been the subject of more controversy than with steroidal contraceptive drugs. Regulated as a special class of products because of their prophylactic use in healthy individuals for prevention of pregnancy rather than for treatment of disease, steroid contraceptives drugs undergo more extensive animal safety tests than any other pharmaceutical agent. This view also contemplates the availability of alternative contraceptive measures posing fewer risks, but the use of less effective methods must take into consideration the hazards associated with pregnancy itself. In April 1983, the Food and Drug Administration and the National Insti­ tutes of Health in cooperation with the World Health Organization, the Population Council, and the Agency for International Development sponsored a three-day workshop to evaluate current guidelines for preclinical safety studies of contraceptive drugs in light of our extensive knowledge of the side effects of marketed products. The meeting included presenta­ tions by experts in the fields of comparative metabolism, pharmacokinetics, pharmacology, carcinogenicity, toxicology, coagulation, lipid metabolism, epidemiology and pathology at a meeting of the Fertility and Maternal Health Drugs Advisory Committee of the National Center for Drugs and Biologics, Food and Drug Administration.